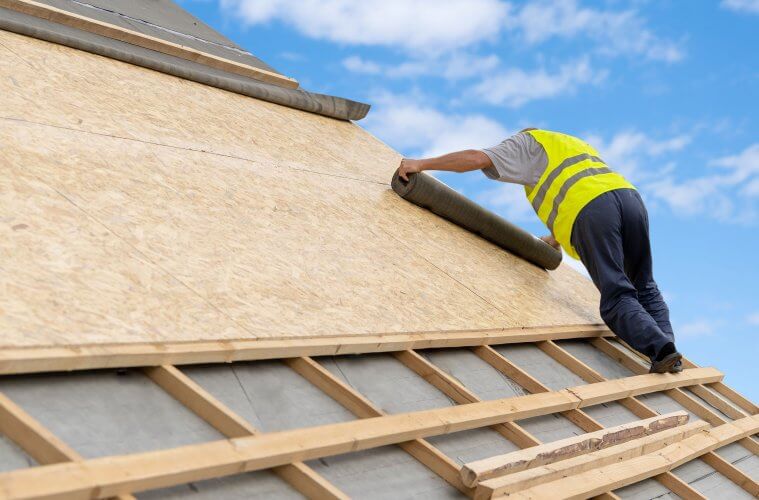 The lumber market continued to see interesting times through 2022. The year saw huge ongoing spikes and dips in pricing, production curtailments, and a downturn in demand as the year closed.

How much these trends will continue into 2023 remains to be seen, but Contractor Advantage spoke with four expert industry watchers to review the past year and — as best as one can — predict what the year ahead might hold.

“The lumber markets indeed have seen meteoric highs and subsequent price corrections over the past couple of years,” says Mike Park, Vice President of National Commodities for Gillfor Distribution. “Fundamentally, the increased costs were driven by higher than normal demand, lower than expected production levels, and bottlenecks in the supply chain, namely transportation, resulting in a lack of supply.”

While he says that while inflationary pressures have corrected — or perhaps over-corrected — lumber costs, “the inflation in today’s economy, be it food, transportation or durable goods has yet to subside.” 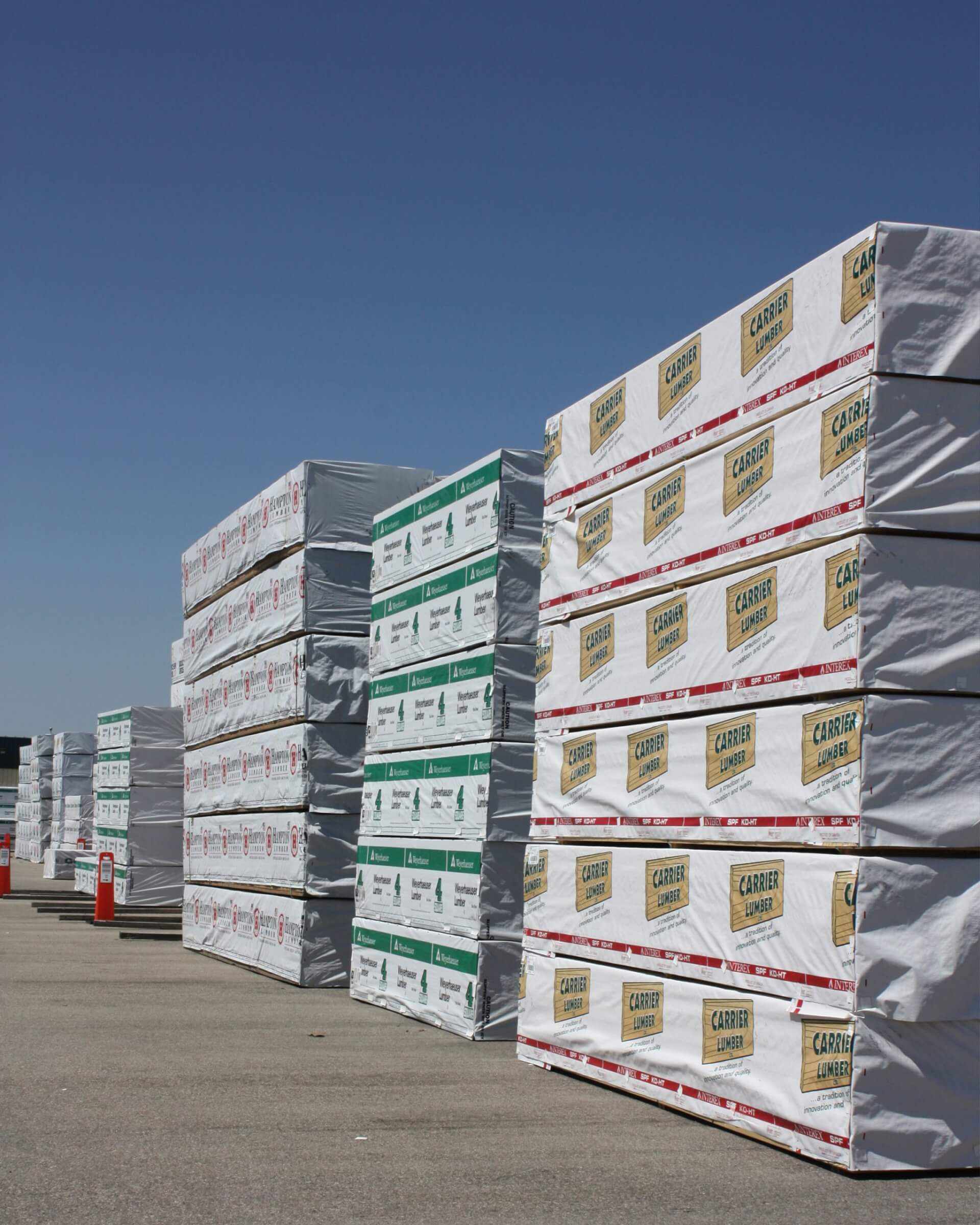 Buyer for Commodity Lumber and Panels at Castle Building Centres. He says 2022 proved as strong as 2021, and Castle finished the year with higher overall sales, although he does attribute some of that to rising inflation.

“The issue will be, next year, can we maintain that? I think in the first six months, even on lumber, treated lumber, I think most are confident that we have a good year ahead of us,” Johnston says.

One possible reason for the continued high demand may be that contractors have continued to be difficult to find, leading to more and more jobs being pushed into the coming months.

While lumber prices in 2022 didn’t see the highs of the previous year, they remained higher than pre-Covid. “If not for 2020 and 2021, 2022 would have been record pricing,” Johnston says. 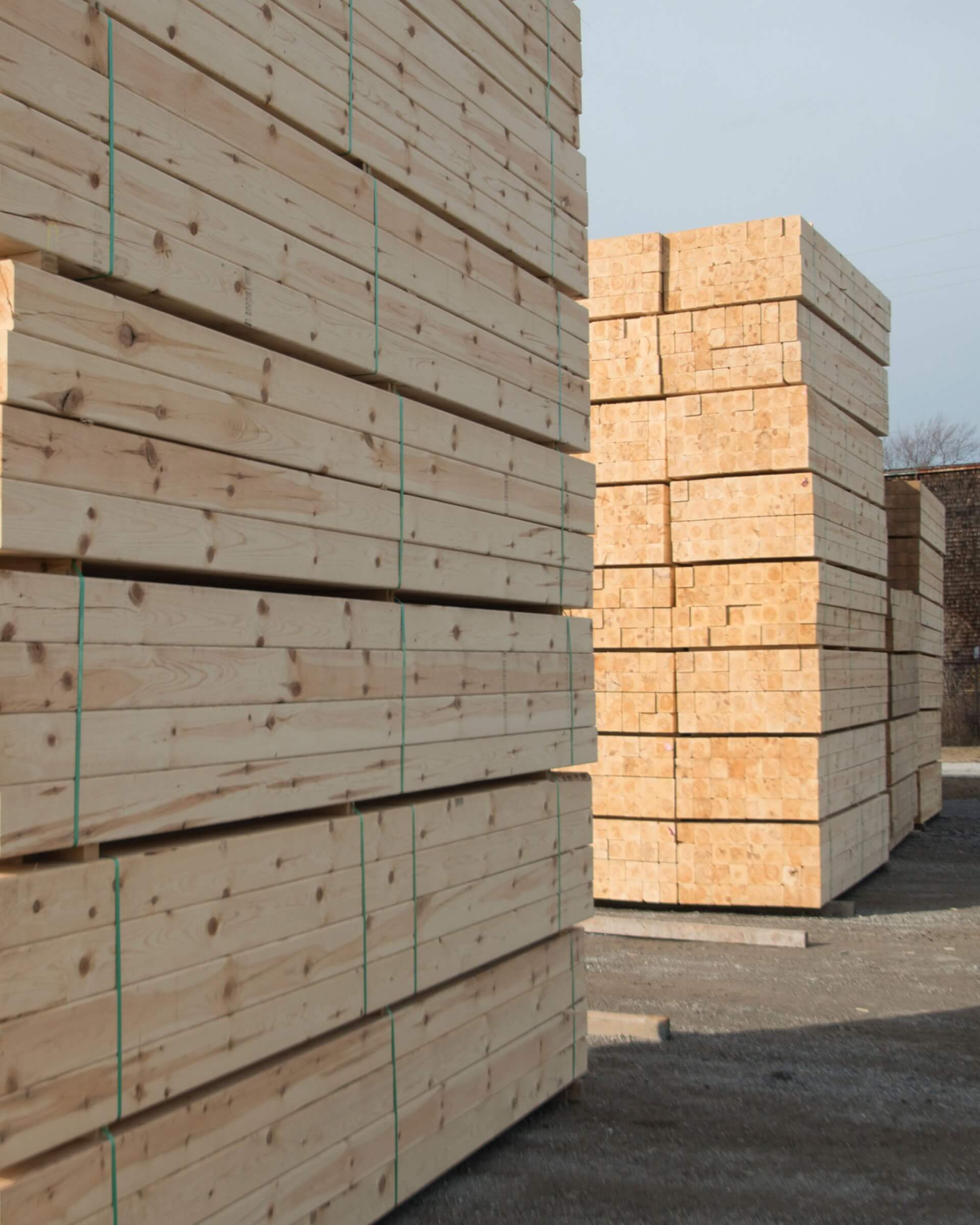 “We still have historical volatility. Will that happen in 2023? No one really knows.” Still, with a war in Europe, high inflation, and countless factors that can affect wood harvest, some continued volatility seems likely. “Any time we have unknowns, that sets up for volatility,” he adds.

Brendon Hiller, Lumber Supply Manager at Taiga Building Products, is expecting the market to be less unpredictable in 2023 or at least to see a narrower trading range.

“We expected less volatility in 2022 in a pretty major way, and that’s no different in 2023; we expect less volatility as well,” Hiller says. “But we had some interesting tailwinds at the end of [2021], such as the flooding in BC and the substantial rally that created a shortage of rail into the US market.”

He continues, “That created a very healthy market run, exceeding the $1,000 threshold we didn’t think we’d hit again [in 2022]. It had a sudden drop-off, but I think the initial run of 2022 surprised everybody.”

Hiller notes that the supply-and-demand balance remains “fragile,” and it doesn’t take much to “shift the scale.”

The price volatility of recent years has driven many dealers to take different approaches to lumber and panel buying toward just-in-time (JIT) inventory.

“The extreme volatility, and especially the dramatic price drops, has moved lumber buyers to take a more cautious approach in their buying habits, reducing overall lumber and panel inventory levels, buying more day-to-day for immediate needs, and just in time,” says Steve Marshall, Vice-President of CanWel Treated Division. “This pushes price risk back down to the sawmills as dealers carry less lumber and panels. 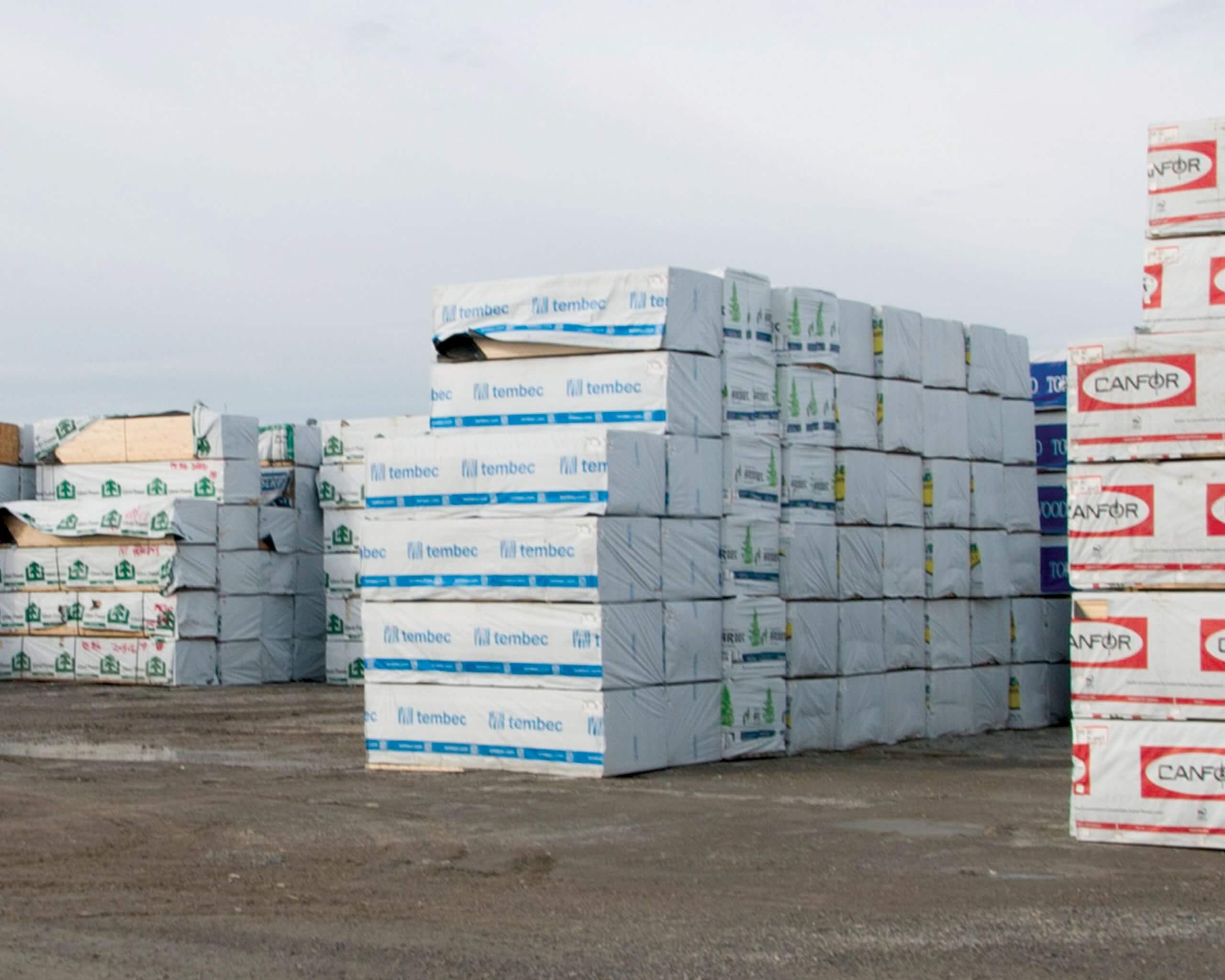 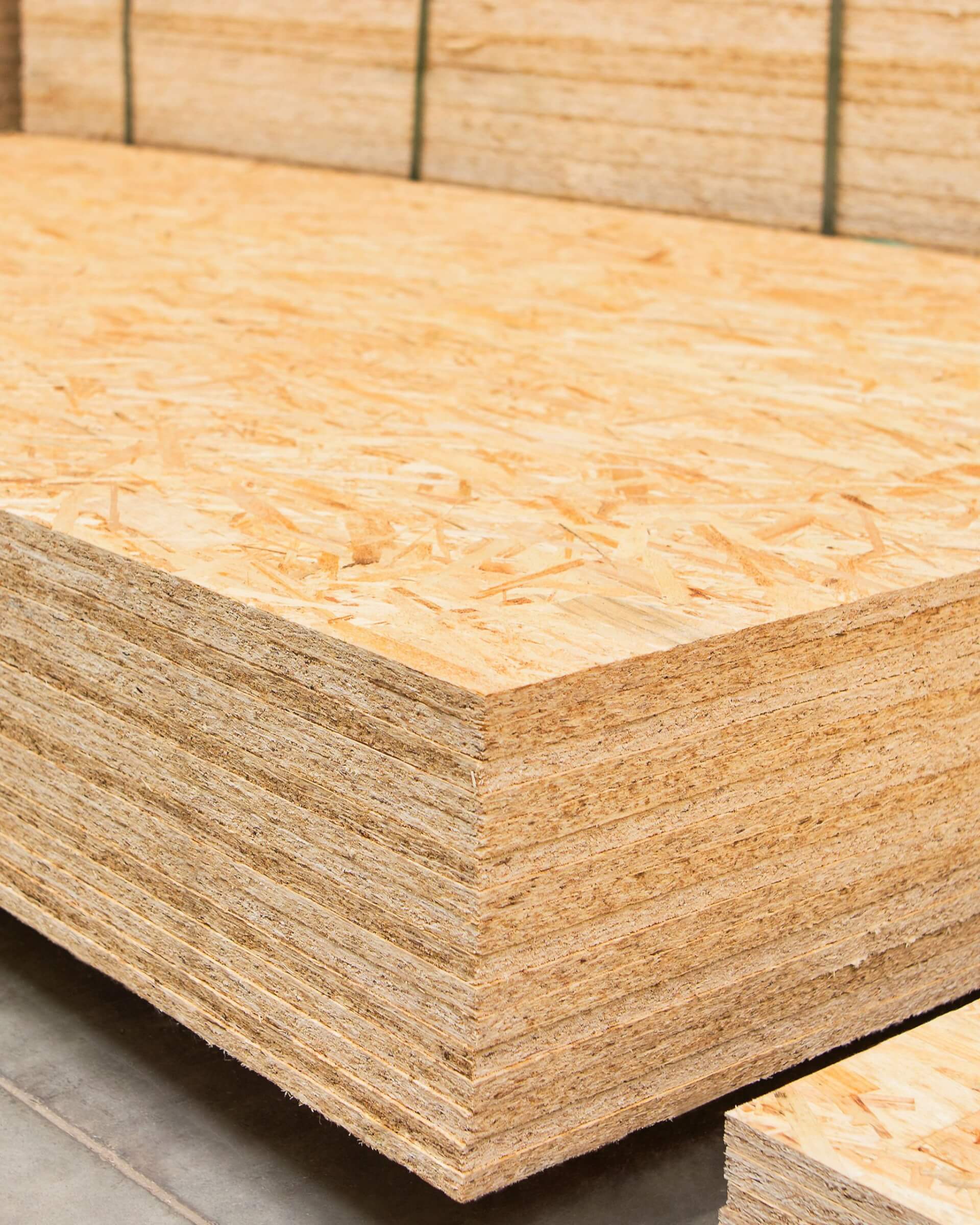 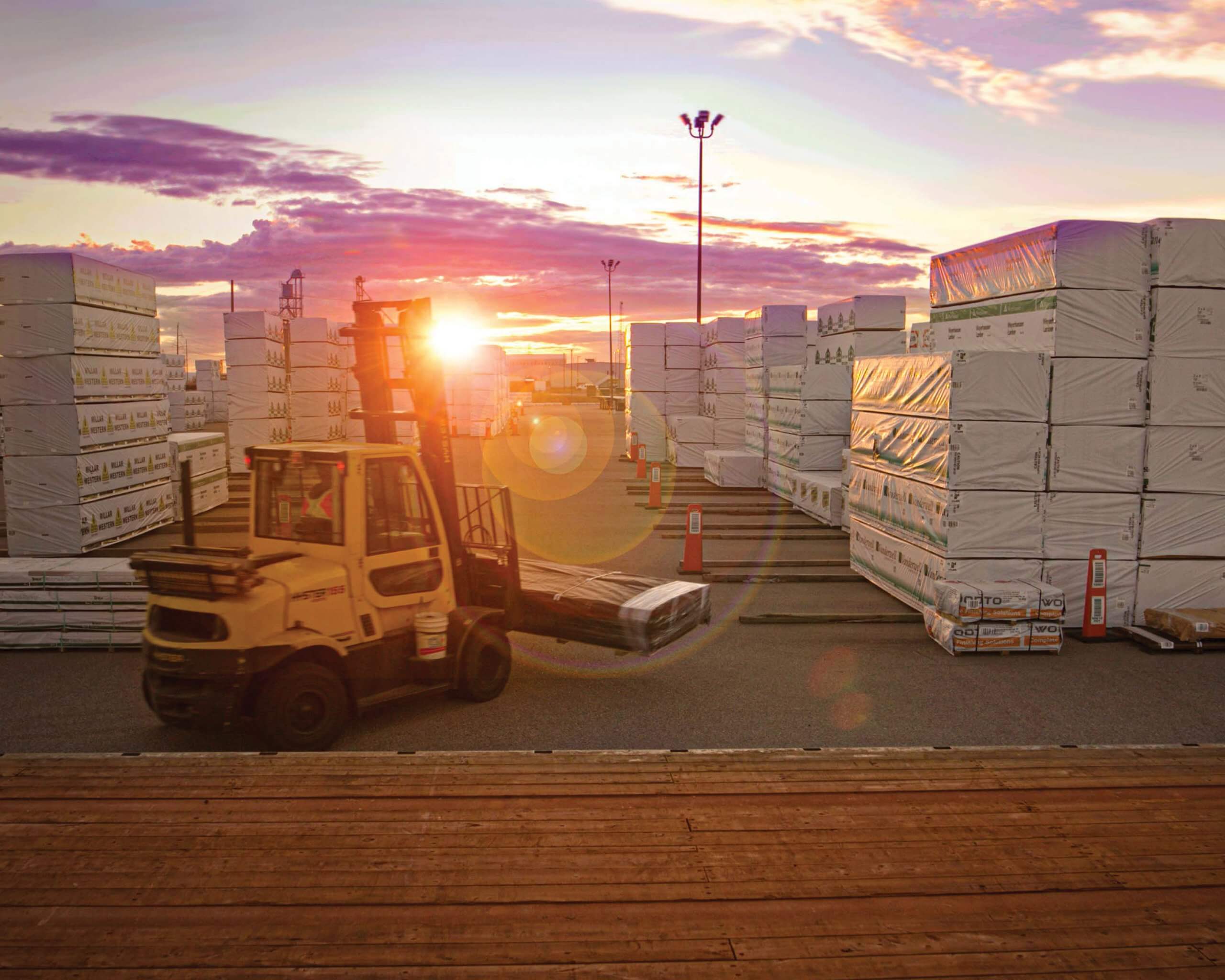 Consumers are experiencing the highest inflation rate in the past 30 to 40 years, and the steps to mitigate it are impacting the lumber market. To combat out-of-control inflation, most central banks raised policy interest rates in 2022, restricting credit and reducing value creation. In Canada, the Bank of Canada raised its policy interest rate to 4.25 percent in December, the seventh interest rate hike of the year. 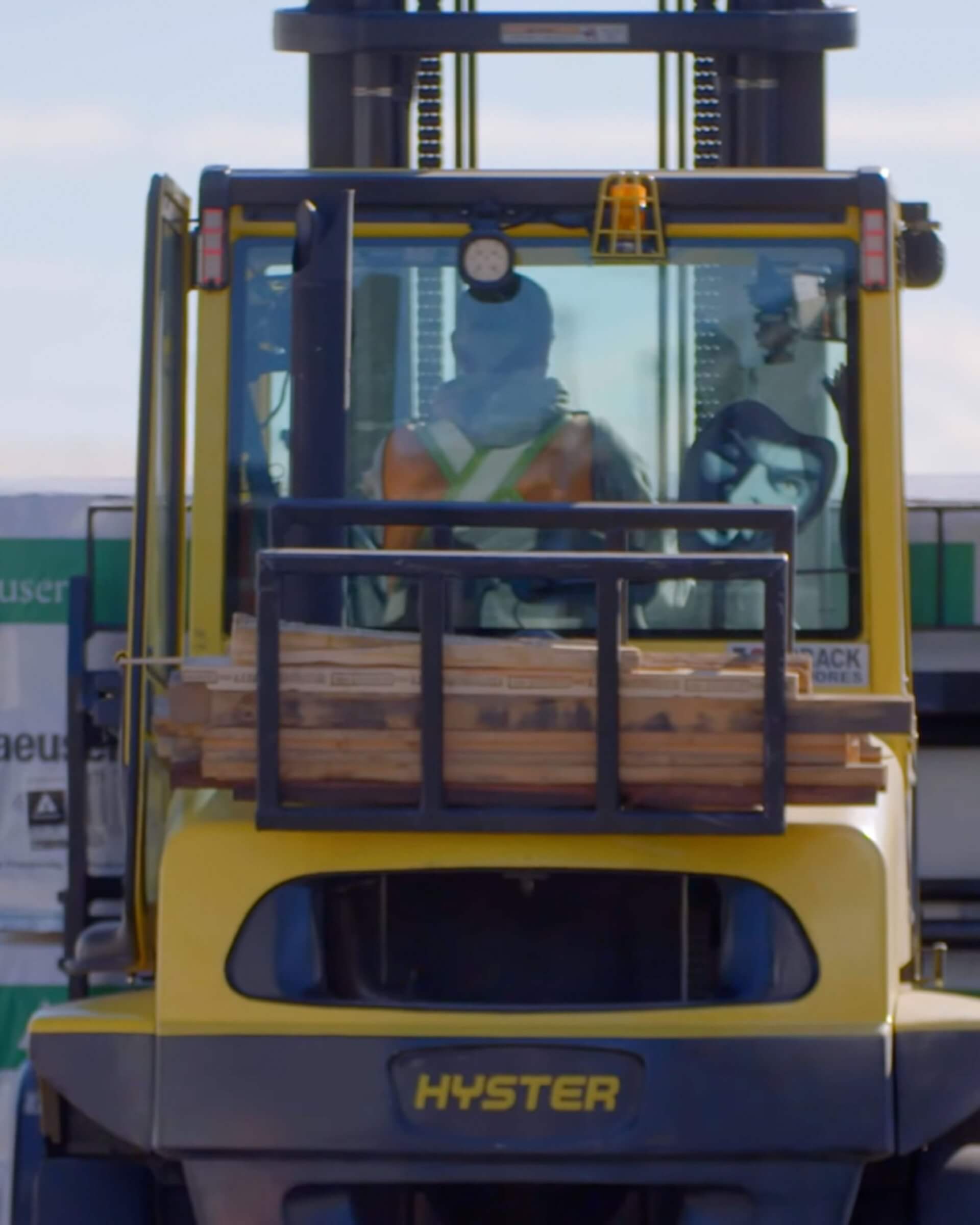 Park says that inflation and interest rates are dulling the demand for lumber and panel products. He expects less pricing volatility in the year ahead until demand recovers. “On an optimistic note, underlying demand for housing and renovations remains strong, which will bode well as interest rates retreat,” he adds.

Hiller adds, “It’s doing what [central banks] hoped, which is cooling the market down. We’ve seen housing starts slow down; completions are still on the rise in the U.S.” He predicts housing starts will average out to around the 1.4 million range. “But we’ve also found inflation is having a big effect on people’s disposable income and that in many cases is affecting the R&R market.”

“The big argument is with higher mortgage rates, more people will stay in their houses and put money into their houses, but our concern is that disposable income throughout North America is going to be at risk, and that affects the R&R market in a big way.”

Park says the measures to cool down inflation have caused a pullback on new home construction and home renovations, resulting in lower overall consumption of lumber and panel products. While mills have adjusted output, “at this point, current lumber prices are trending at or near production costs suggesting the market may require further adjustment,” he notes. 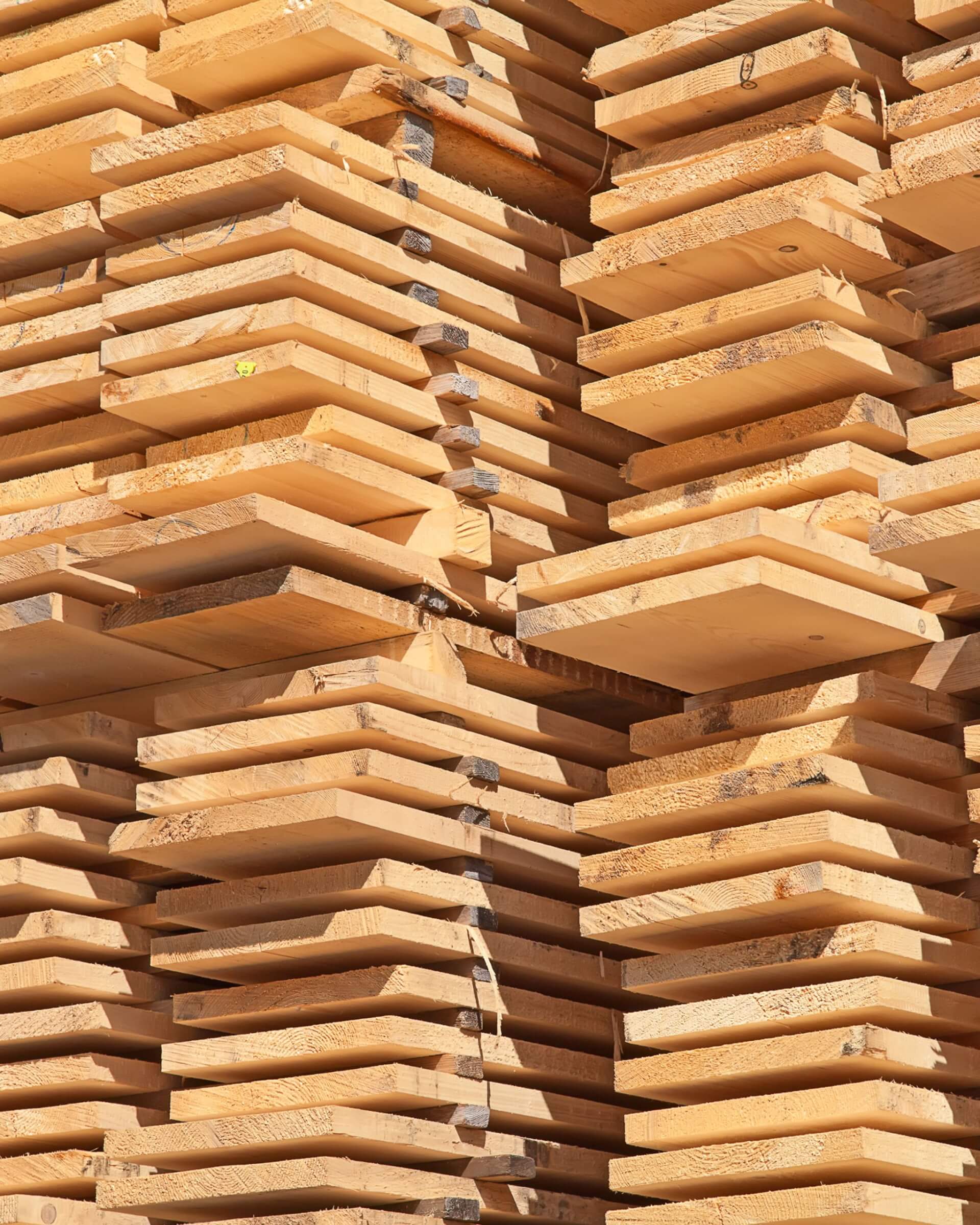 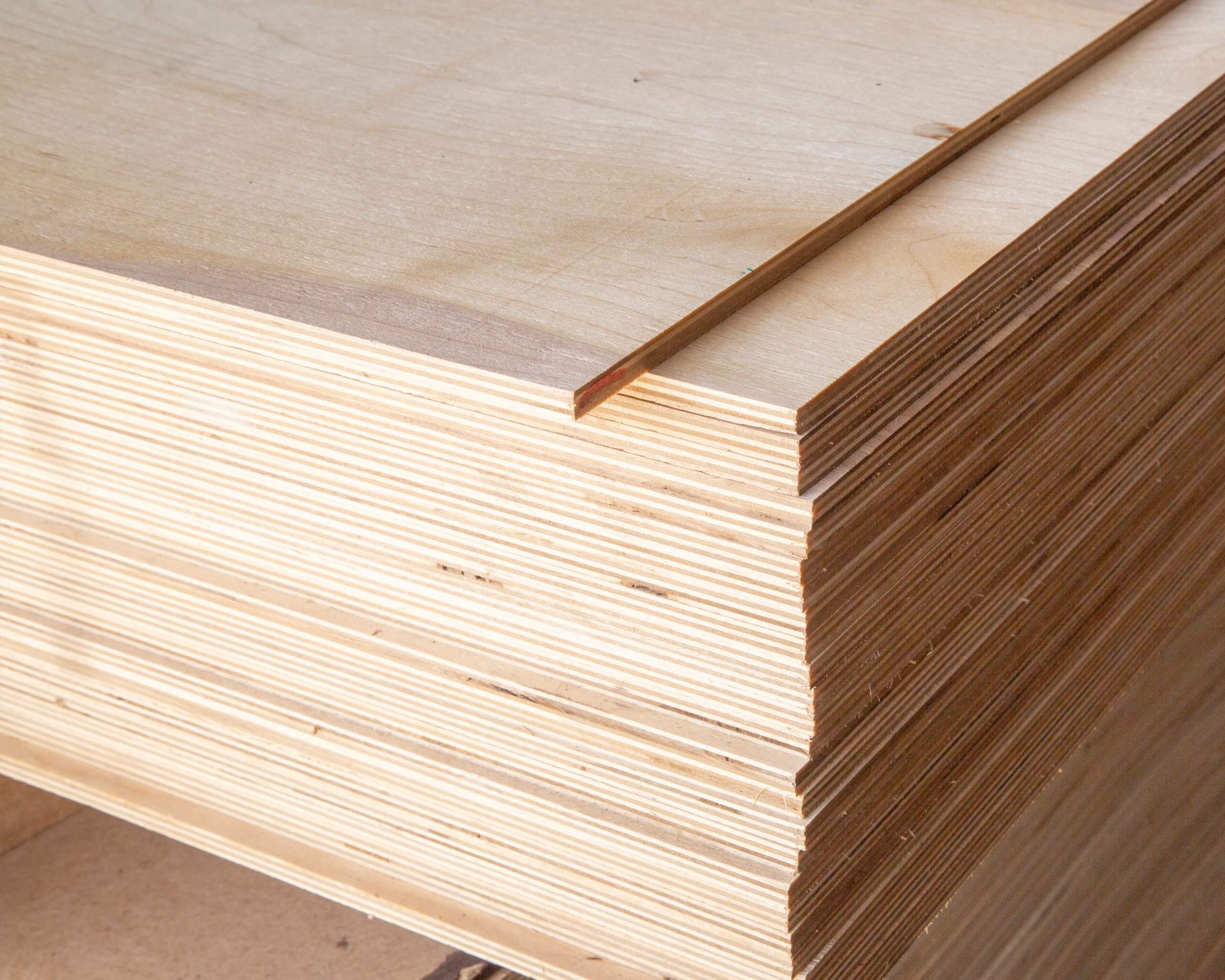 These economic policies, increased production of southern yellow pine (SYP), higher home prices and the ongoing shortage of skilled trades have all contributed to fewer housing starts in the US, reducing demand for wood products, says Marshall. “This environment has tipped the balance to an oversupply of lumber of put downward pressure on prices.”

That said, Marshall notes, “Canada’s new home demand is still solid, the current stock of homes is still aging on average, which bodes well for R&R, interest rates are higher versus the recent past, but are still relatively low versus the longer term.”

“Inflation is still an issue,” he continues. “I believe 2023 can be a modestly solid year, although unlikely to be record-setting. 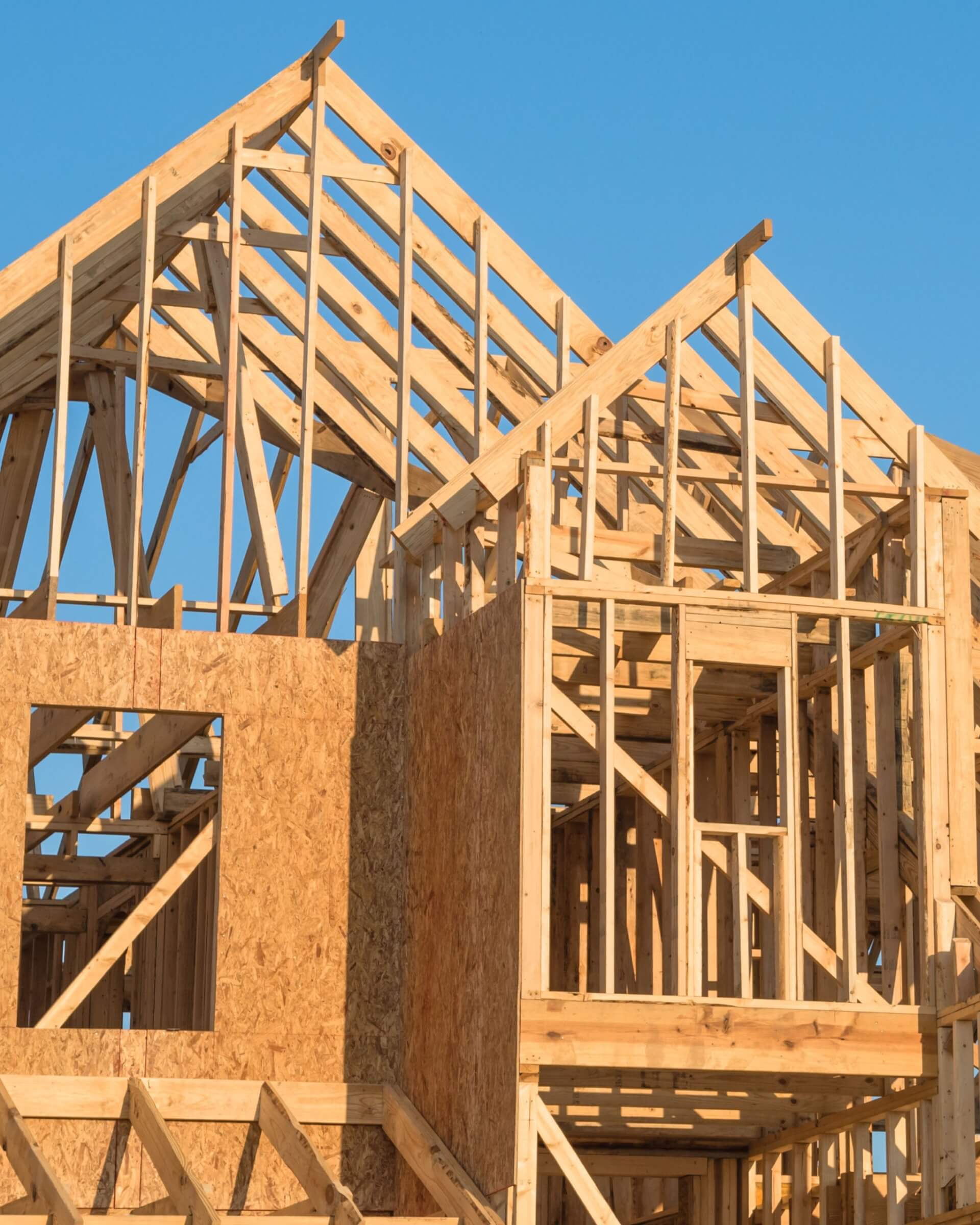 Johnston cautions against being too conservative with their lumber buys. “If everybody is too conservative when people do go back to buying — and we’re seeing it already, with inventory pipelines being very low — in the spring, let’s say, the inventory won’t be there. You could find yourself short on supply because people are being so conservative; that could drive another spike in pricing in the spring.”

The best practice is the same as it’s been in recent years: communicate your needs early with your vendors. Solid communication is the balm for any volatility ahead.

“Expect the consumer to be less tolerant of the crazy price increases the industry experienced in the last two or three years. As an industry, if we price ourselves too high, the consumer will slow their buying,” Marshall says. He says 2023 will see greater consumer price shopping due to inflation and quick price raises during unexpected upticks in demand due to low supply inventory. “Volatility is likely to be the new norm.”

Park suggests: “A combination of proper inventory management and listening to customer needs ultimately will guide everyone through times of uncertainty at all levels of the supply chain. 2022 was no different.” — 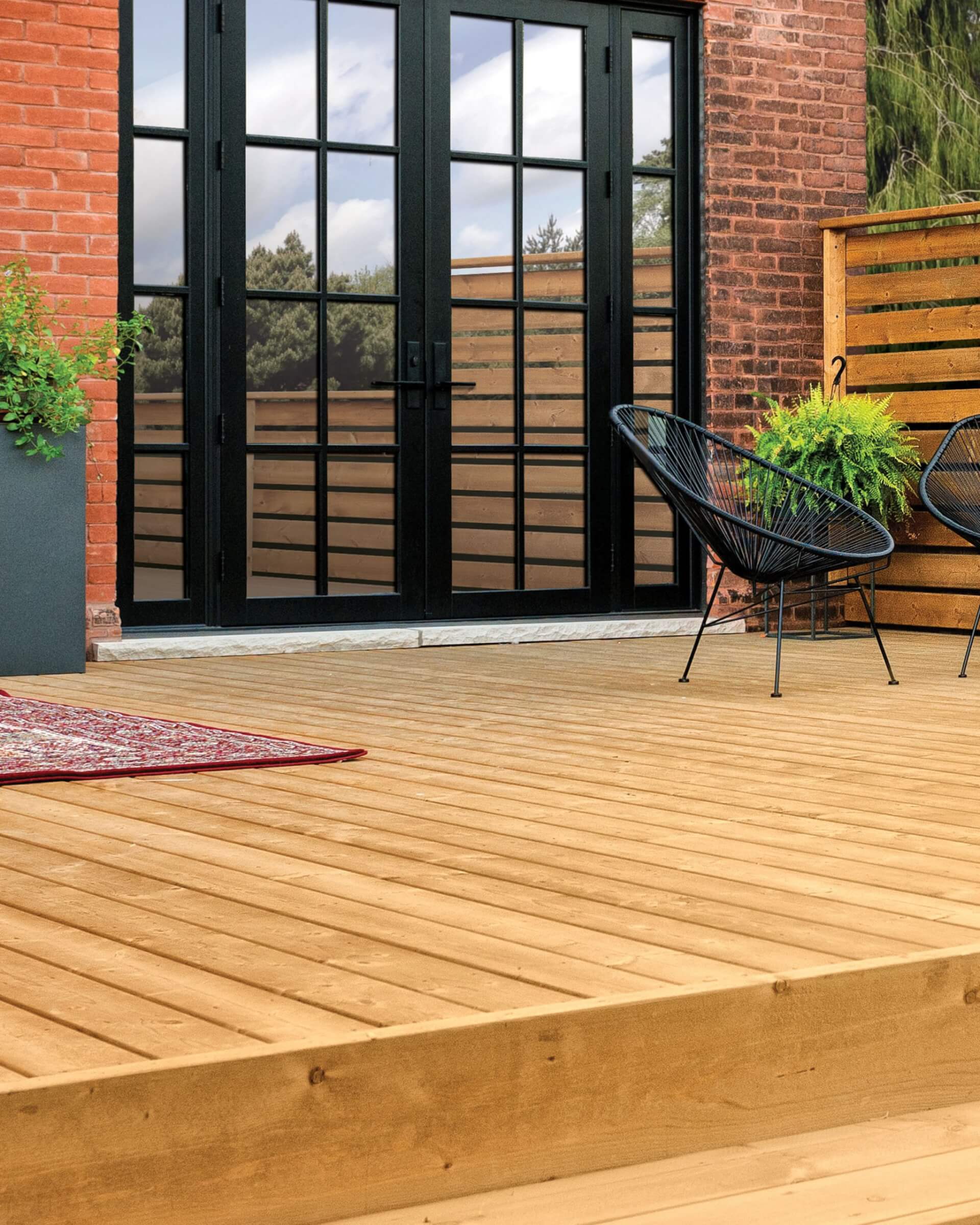