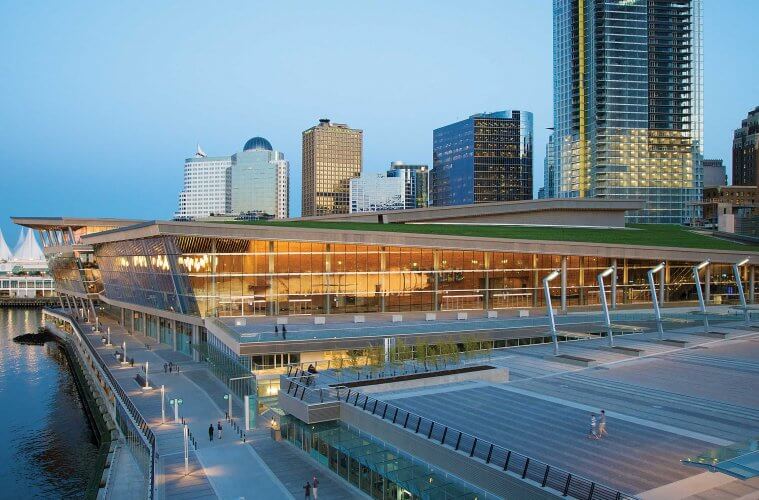 The Canada Green Building Council® (CaGBC) announced that the Vancouver Convention Centre (VCC) earned LEED® v4 Existing Building Platinum, becoming the first double LEED Platinum convention centre in the world, and the first v4 Platinum Existing Building project to certify in Canada. Thomas Mueller, President and CEO of CaGBC commended the team at the Vancouver Convention Centre for once again proving their leadership in sustainability by earning Canada’s first LEED v4 Platinum Existing Building certification. “Through the LEED v4 Platinum certification, the VCC team is ensuring that this world-class venue continues to be operated and maintained at the highest level delivering environmental and health benefits for years to come. At the same time the VCC is setting an example for convention facilities around the world while showcasing Vancouver’s commitment to environmental excellence.” Mueller said.

Consisting of two uniquely designed buildings totaling 466,500 sq. ft., the VCC is British Columbia’s flagship convention centre, hosting more than 500 events and welcoming hundreds of thousands of attendees each year, while generating significant economic activity for the province. Following its initial LEED for New Construction Platinum certification in 2010, the VCC sustainability team has been dedicated to continuing to improve operations.

• Increasing the capacity of the blackwater treatment plant by 30 per cent which, when combined with water efficient fixtures, has reduced potable water use by 38 per cent annually – the equivalent to approximately three quarters of an Olympic-size swimming pool or 1,815,962 liters.

• Aiming to continually maintain and improve energy performance through an ongoing program of building system and energy use analysis, and implementation of upgrades. Recent upgrades include switching to more efficient LED lighting in the facility to improve overall efficiency.

• Enhancing the organization-wide recycling program to increase the waste diversion rate from 50 to 75 per cent.

• Developing a Post-Event Sustainability Report for interested clients, which carefully monitors and measures several sustainability-related indicators. The final Report highlights areas of achievement and opportunities for future growth.
• Creating a Reclaim Room at the Convention Centre where material and goods left behind from events are housed until the Sustainability Coordinator sources local charity or community group where the items could be donated or meaningfully re-purposed. 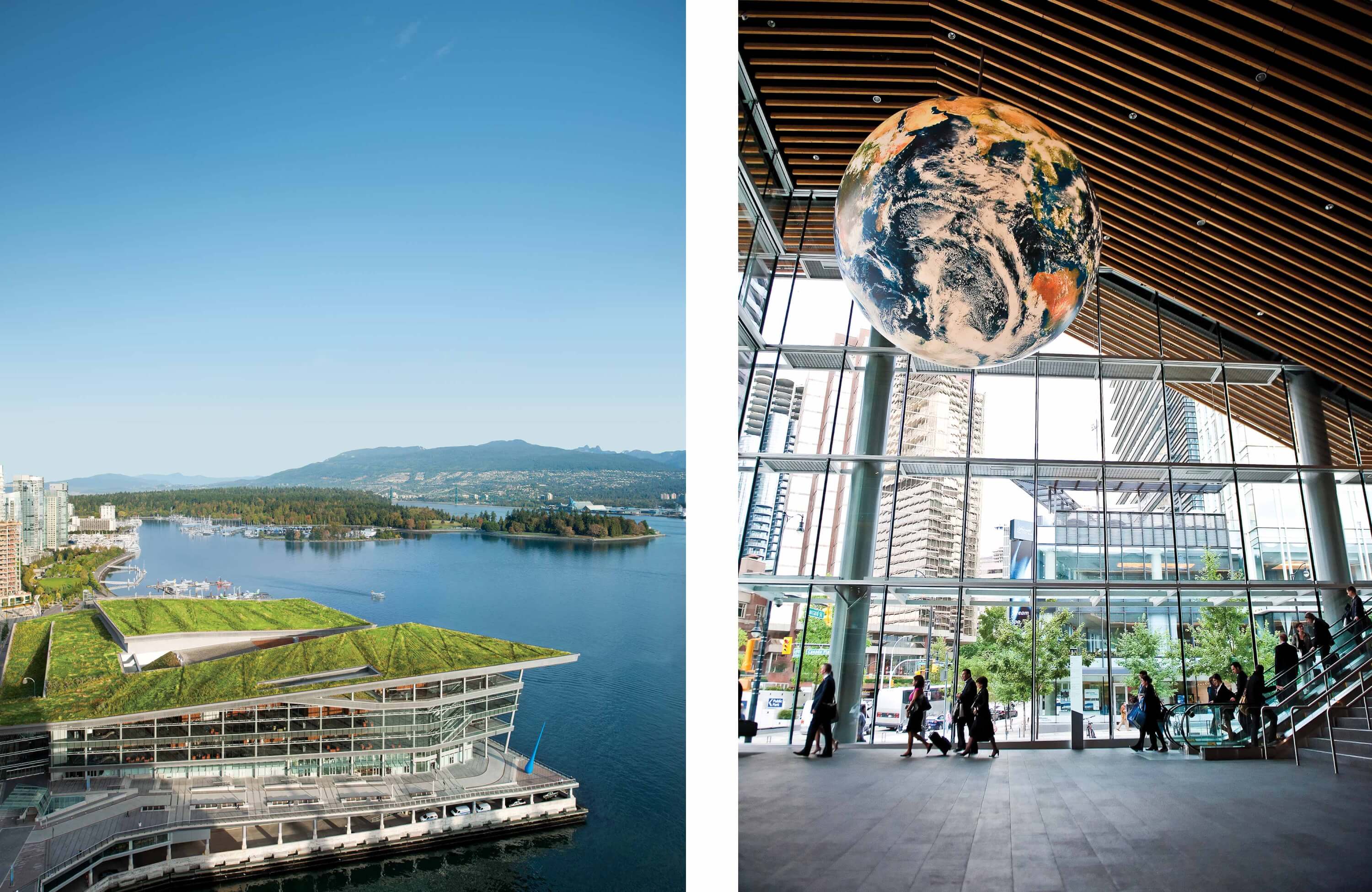